Design of a series of environmental graphics for marketing agency Pitch in Culver City. I also did the architectural design of their space, with Pablo Maida at PMA. Originally envisioned as the upper portion of a series of storage monoliths which organized the office space, only one of the banners was printed. The banner is mounted on a plywood-clad storage volume which intersects with the conference room. The graphic itself is a stretched out 1-pixel slice from a photo of colorful foliage in the fall. The rest of the banners were based on other seasons. 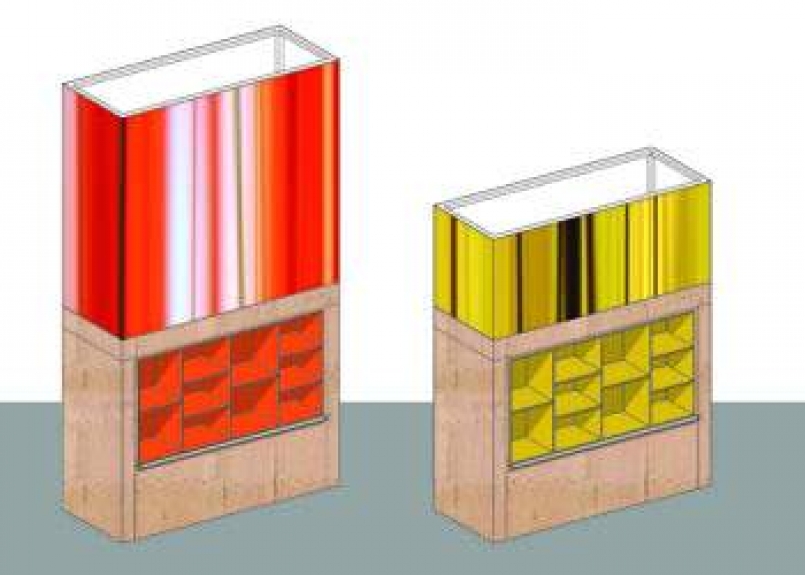